Your manager doesn't respect you, your career seems to be going nowhere, and it seems your dreams are flung far far away, your family members complain that you don't give them enough time and so do your friends. Ah. Don't tell me this state is temporary, I know it is. But the art you create out of your misery is permanent. And thank God for that.
My kind of geometry lessons.
Know the rules, then break them.
So I wrote something. Thought I would share.
Earth day folks! Because Happy toh aajkal koi nahi hai. Are you listening Prime Ministers and the great Chief Executive Officers? The world is crashing under your gigantic politics and profits. How many more lives are we going to destroy before it's too late?
I have always wanted to create an impact, to make the world a better place, to fight the battles that bring good for all but as you grow older the world gets more complex and if I may just say - hopeless. That doesn't mean that you stop working, that you stop trying, that you stop caring but when the whole world seems to crumble down with things that you can't possibly control or change, Art is perhaps, in the end, the only meaningless thing that matters. 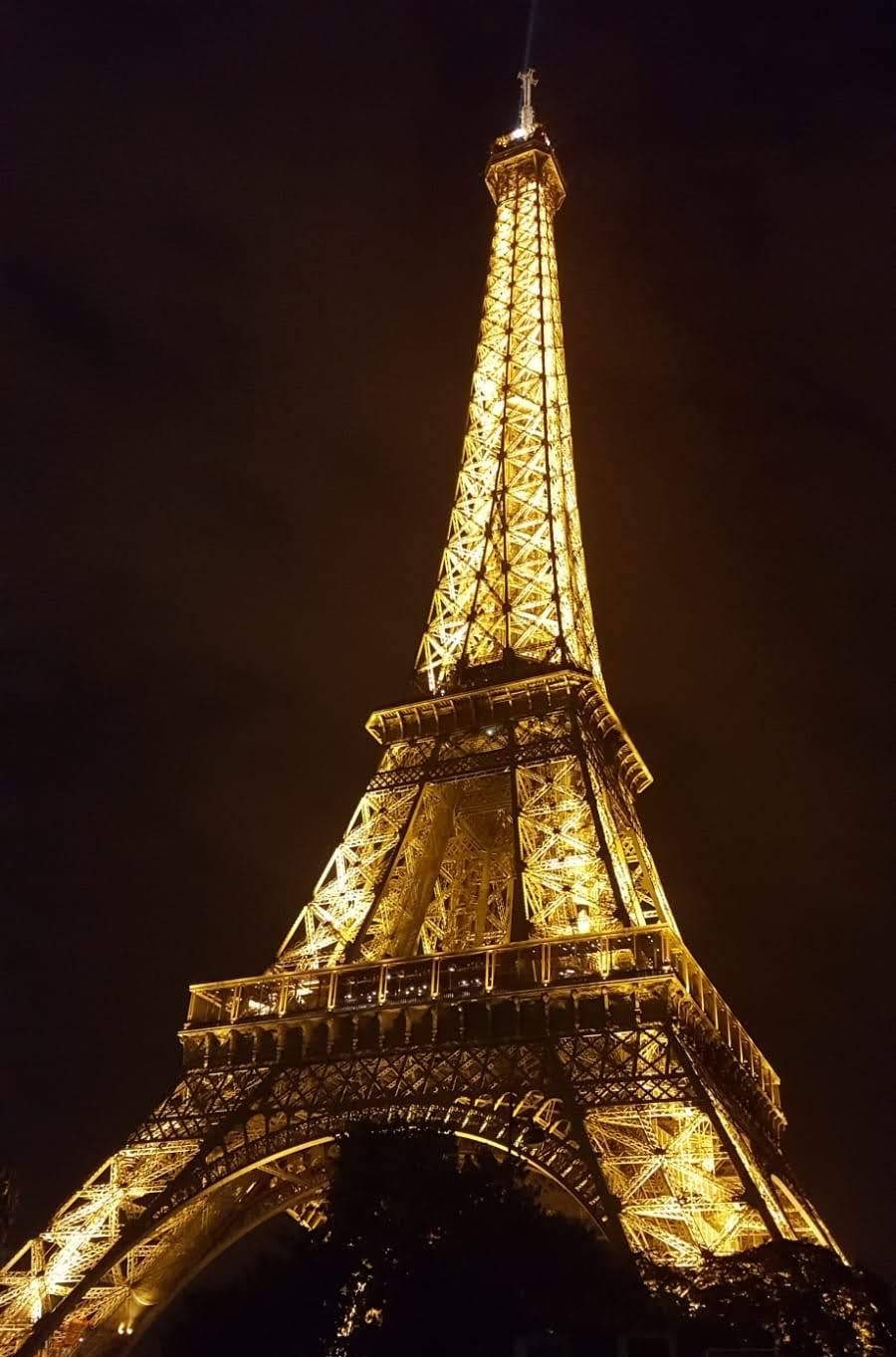 Going upstairs to Sacré-Cœur, I see a man selling bracelets and keychains. I look at him, he looks at me, he is already holding my arm.

I am clueless but fortunately, S knows better, she shouts and pulls my hand away. I can still feel his grip on my wrists. ‘That was close,’ she says. ‘Yeah, what was that?’ I ask. ‘They will tie the bracelet to your wrist and ask you to pay for it,’ she replies and continues, ‘Absurd amounts – 10, 20 Euros. And they just won’t let you go.’

Isn’t that a form of attempted robbery?

I am reminded of the time I was in London. A middle aged man approached me, smiled and gave me a rose, ‘This is for you, pretty lady.’ I took the rose, blood pumping to my cheeks.Wow, London is nice. Meanwhile, the man asked my friend to pay for it. Okay, maybe not. I tried returning the rose to the man. ‘No, just give me 10 pounds!’ He demanded. ‘No,’ we said. Ultimately, the man had to take the rose back. My friend is from Delhi after all.

Sun is shining and Paris has treated us well, mostly. We have enjoyed eating macaroons, and also talking to the guy who sold those macaroons, had the best cheese sandwich, worst Beef Bourguignon , enjoyed the theatrics of crème brûlée, fell in love with soufflé, saw the Eiffel Tower sparkling at night, witnessed a boy proposing to his girlfriend at the Montparnasse Tower and experienced jealousy like never before and photobombed a random family at Notre Dame – S pretended she didn’t know me while I continued making faces. People actually laughed it off. Later, S took to photography and I took to modelling. Paris had inspired me to dress well and put on a face.

‘You look nice with makeup. You should do it more often,’S told me.

Thanks but no thanks. I want people to be used to my ugliness so that whenever I look nice, they will appreciate it more.

We need to leave now. We are searching for the nearest metro station. Google maps is fucking with us. According to it, we are already AT the station. Station for wizards, google? There’s a young man sitting at the stairs smoking a cigarette. S says, ‘Go, ask him.’

I try to calm myself, ‘This is our moment to shine.’ All those hours I had spent practicing (which aren’t many), it’s time they are used, it’s time I carpediem the fuck out of this.

Tentatively, I approach him. ‘Excusez moi!’ I say, incredibly conscious of my accent.

He looks at me, it seems that he understood and is willing to listen to me further.

In my head, I am forming sentences, ‘Ou est..Tu connais?…’

And then it strikes me. I knew what to say.

S is standing a bit far away. I return to her smiling, ‘So we need to go straight and then turn left.’

‘Yeah, what stuff? I want to learn too!’

I smile, look around thinking of a way to change the topic but I know she will bring it back.

‘And what does that mean?’ she asks.

Of course I don’t miss home,
Though it’s cold out here but that doesn’t necessarily mean that I miss the warmth.
Of course I don’t miss home,
Yes, I confess that the green bed of my dorm,
The matching duvets and pillows aren’t as somniferous as the violet hues of my room,
The humongous pin board bears such a vast scope for creativity,
But I admit it seems that I have left it all behind on the walls of a small place that I am not supposed to think much about.
But still I don’t miss home,
Not when I look through my tiny window and remember how large it used to be.
I don’t miss home,
I am too happy to bear such delusions,
After all the beauty of my surroundings hasn’t even sunk in,
The notion that I might be sharing same time and same space as this place still lies dangling as a mad hypothesis,
I haven’t properly forgotten the crowds, the dust, the hot weather of the past,
I haven’t even forgotten the sweat, the noise, the boredom, the four walls confining my life,
I haven’t forgotten that the food wasn’t always this tasteless,
I haven’t forgotten that the water used to cheaper than alcohol,
I haven’t forgotten about the time I had to waste,
I haven’t forgotten the anticipation, the butterflies, the apprehensions,
Regarding what that could now be called my present,
I haven’t forgotten much,
Despite being here,
I haven’t forgotten anything at all.
Though the dates in my calendar keeps rapidly changing,
Perhaps I can sit here listening to the same downtrodden playlist,
With my pen and a few things in my head to reminisce,
I can sit here for eternity or so it seems,
I can sit here pretending that the time is frozen.
So I don’t miss home.
I don’t miss it at all.
When I wake up tomorrow,
It would still be incredibly hard to believe
That I am here
Miles away,
In a strange beautiful land,
With strange people,
Under strange circumstances.
Some call it bold,
Some call it cowardly escape,
Some call it love,
Some call it outrageous stupidity,
Some exclaim in disbelief,
Some silently mutter in jealousy,
Some say “You don’t deserve it.”
Some say, “You are worth every penny.”
Some, so many,
All these people in my head,
Who travelled overseas on free tickets with me,
An entire world,
An infuriating celestial miracle,
Obnoxious electrochemical reactions inside my brain,
These people and I,
My room, my pen, the blue blue sky,
Beautiful things, beautiful places, beautiful beautiful faces,
That I peek through my invisibility cloak,
That I look at in wonder,
That I look at with curiosity,
That I look at in boredom…
Happy places, laughing faces,
Of course,
Of course it’s too early to miss home,
Too early to miss the recent past,
Too early to miss the current present.

What is this?
I,
Caught up in a few fucked up tenses,
Trying to make some decent sentences,
Stringing along the pearls of words,
Trying to weave a good fabric through some odd phrases,
Living the life,
Denouncing it at the same time,
Awed, and indifferent,
Amazed and hurt.
How nice! How wonderful!
How enigmatic! How treacherous!
How confusing! How difficult!
A simple question;
A lost answer,
And all this adventure in between –
“What do you want, dear heart?”